Protecting Your Puppy from Parvo & FMT to Aid in Recovery 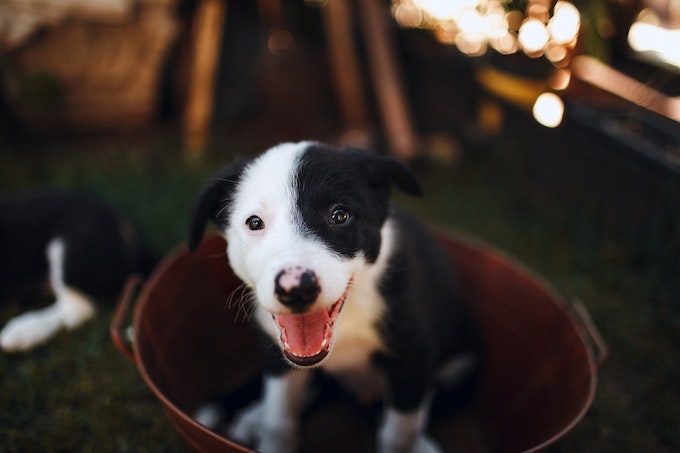 Parvo in dogs is a common, highly contagious disease that’s one of the most severe infections a young puppy can get. Fortunately there is an effective vaccine, but some puppies need to have several boosters of the vaccine before they are fully protected.

What is canine parvovirus (AKA parvo)?

For the vaccine to be most effective, puppies need to have it at certain ages, or else maternal antibodies may interfere (a form of passive immunity from the mother that can stop the puppy’s own immune system from reacting appropriately to the vaccine). This means that there is a window of time from birth to about the age of 16 weeks old (or older in unvaccinated pups, which is very common in less developed countries) where puppies can get this severe disease. Failure to follow the vaccination protocol as well as vaccination failure (when a dog develops parvo in spite of being vaccinated against it) can lead to a canine parvovirus infection.

Signs and Symptoms of Parvo in Dogs

The major symptoms of parvovirus infection include:

Parvo in dogs can also cause destruction of certain cells of the intestines, secondary bacterial infections, sepsis, and even cardiac abnormalities, including sudden death.  The mortality rate of puppies who become infected with parvo ranges from 15-30% for those receiving treatment, but can be much higher (90%) for puppies that are not treated. Those that survive the initial infection can develop low white blood cells counts leaving them vulnerable to other infections, as well as anemia and low platelet counts.

The best approach to protecting your puppy from a parvovirus infection is to vaccinate them before they are exposed to canine parvovirus. However, some puppies become infected despite receiving proper vaccination. This vaccine failure may arise when interference of maternal antibodies prevents the puppy from developing the desired immunity, which can relate to the timing of when the vaccine was given.

There can also be an effect of the dog breed on efficacy of this vaccine. In particular, Rottweiler puppies seem to be especially susceptible to vaccine failure for parvovirus. Other causes include ineffective vaccines due to the vaccine become hot due to improper storage, and the health of the puppy affecting its ability of its immune system to respond to the immune challenge.

There is no cure for parvo. Most treatment focuses on supportive care, such as intravenous (IV) fluids (to replace fluids lost due to severe diarrhea), antibiotics, nutritional support, anti-vomiting drugs, and hospitalization in an isolation ward since it is so infectious.

Now, however, a recent study published in the Journal of Veterinary Internal Medicine found that puppies infected by canine parvovirus that received a fecal microbiota transplant (FMT) recovered significantly faster than those receiving standard care.

First off, let’s talk about fecal transplants. A fecal microbiota transplant (FMT) involves the transfer of fecal material (including beneficial bacteria and fungi) from a healthy individual to the gastrointestinal (GI) tract of a sick individual. The principle behind FMTs arises from relatively recent discoveries that the health of an individual or pet can be closely tied to the condition and function of their gut microbiome. For a growing subset of people (and their pets), FMTs also represent a lifesaving treatment. FMTs are far more effective than existing probiotics in restoring the community of bacteria in the GI tract (Chaitman et al. 2016), which is one reason for their widespread use.

About the FMT Study

Since this was a clinical trial, a control group was used with the same clinical signs, which were assigned to similar treatments such as IV fluids, antibiotics, and gastric protectants and were hospitalized, they were just not given the FMTs. The FMTs were not given endoscopically, but were given awake to the puppies anally in a urethral catheter, with the donor’s feces mixed with saline.

Findings of the Puppies Given FMTs vs. Standard Treatment

The puppies which were given the FMTs had resolution of diarrhea faster and spent fewer days in hospital than those given standard treatment. Diarrhea resolved in less than 48 hours for 61% of puppies receiving the FMT, compared with fewer than 5% of puppies receiving standard care. Puppies who received the FMT also spent two fewer days in the hospital than those who received the standard care.

We reached out to Dr. Marcio Costa, the corresponding author on the study who was surprised how quickly most of the dogs receiving FMT resolved their diarrhea.

“I wasn’t sure what to expect because I have also tried the procedure in horses, but with quite variable results. Our results were more like what we see in humans that resolve diarrhea within 48 hours after FMT. So I have to confess I was very happy to see that we were able to improve the conditions of those patients,” Dr. Costa said.

While not statistically significant (due to the small sample size of the study, which involved 66 puppies in total), the mortality rate was also lower in those puppies who received the FMT (21%) compared to those receiving standard care (36%). The lack of statistical significance means that we cannot determine from this study that the difference in mortality rates would be repeatable, but this study did have a small population size and it would be interesting to see what the result might be in a much bigger study. Overall, this study showed some very interesting and promising results on the application of FMT to treat canine parvovirus.

Potential for FMT to Aid in Faster Recovery

Dr. Costa and his colleagues are now beginning to collect samples to evaluate long term microbiota colonization in their patients.

Dr. Costa shares, “There is an enteritis study from Dr. Suchodoski’s group recently published in PlosOne showing that puppies with canine parvovirus diarrhea were more likely to present other GI problems later in life. We will evaluate the consequences of FMT on the intestinal immunity of those animals. This new study will also try to elucidate how bacterial transplant can decrease the length of a viral diarrhea. Is the diarrhea prolonged because of bacterial dysbiosis? Is FMT shortening viral shedding? By restoring commensal bacteria are we improving the local immune system?”

With more research Dr. Costa and his team hope to gain more answers during their next steps of research. Regarding what he thinks the future of GI research in small animal medicine is, he stated,

“By now, what I can tell is that, like in humans, FMT has become part of the standard treatment of acute diarrhea in several veterinary clinics and is hopefully saving lives and helping animals to recover faster.”

There is growing support for the idea that FMTs can help puppies recover faster from a life threatening infection by canine parvovirus. Individual case studies (like this one) have suggested that FMT might be a beneficial approach, and the study discussed here is the first peer reviewed article to examine this question. FMTs via enema are typically performed in a veterinary hospital; the procedure can be stressful for the pup and costly for the pet parent.

AnimalBiome offers affordable oral FMT capsules for dogs that make this process less stressful for the dog and less costly for its parent. Recently AnimalBiome’s Gut Restore Supplement (FMT capsules) were used by a local veterinary hospital to help a young pup with parvo and he began to recover from acute diarrhea within 12 hours.

Please contact us if you have any questions: team@animalbiome.com. If you liked this article, please consider sharing it.