For Veterinarians: What You Need to Know About Escherichia coli for Chronic Enteropathy Cases 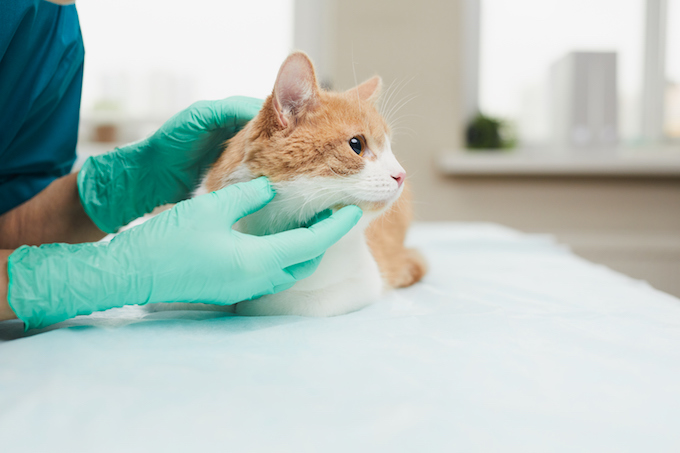 What is Escherichia coli?

Escherichia coli is one of the most well-studied bacteria in the world, with dozens of strains known to be correlated with the entire spectrum of gut health. It is a non-spore forming, Gram-negative, facultative anaerobe that typically exists in low abundances in the intestinal tract of mammals and birds. Of course you’ve seen E. coli in your practice, but its connection with the health of your patients’ gastrointestinal tracts may not be as black and white as you think. While most E. coli strains are harmless, some are pathogenic, some are opportunistic pathogens, and some provide a probiotic effect. Especially in a time of unprecedented rates of antibiotic resistance, testing for and treating E. coli infections is not straight forward. While flare-ups of E. coli are a common problem in dogs, flare-ups also occur in cats, and the information discussed in this article is applicable to many of the animals you see in your practice. Here we discuss E. coli as it relates to cat and dog gut health and available treatment options for symptomatic patients.

The most common symptoms of an acute gastrointestinal issue in both cats and dogs are diarrhea and/or vomiting. There are many potential mechanisms that may explain high E. coli counts, other than a direct E. coli infection.

The inflammatory host response in the gut increases mucus production in the walls of the intestine, which may be visible in a patient’s stool. Mucosal inflammation creates metabolites, such as nitrate, that allow Enterobacteriacae to flourish and therefore cause an increase in E. coli levels. Increased E. coli as the consequence of an inflamed environment of the gut can become a self perpetuating process in that any condition that causes inflammation of the gut can increase and sustain elevated E. coli levels. Therefore, treating inflammation is a far more effective long-term solution to target the bad bacteria that flourish in an inflamed environment.

Some breeds are more susceptible to conditions directly correlated with certain E. coli strains. For example Granulomatous colitis (GC) is an inflammatory bowel disease specific to Boxers and French Bulldogs. While the root cause of GC is poorly understood, one study in Boxers provides evidence that GC may be caused by E. coli invading colonic macrophages of that breed. Many scientists believe that GC is related to an autosomal recessive

genetic defect and/or macrophages in that breed, but it could also be because Boxer and French Bulldog breeds are more susceptible to infection due to stresses related to Brachycephalic Airway Syndrome.

A recent study conducted by AnimalBiome used nearly 4,000 samples from domestic pets to identify the core bacteria in the guts of healthy cats and dogs. The study looked at correlations between pets with high E. coli levels compared to healthy reference animals and had several interesting findings. Consistent with current literature, all measures of bacterial diversity, evenness, and richness were lower in cats and dogs with elevated E. coli levels. Multiple taxa of core bacteria were significantly depleted in the intestinal tracts of both dogs and cats with elevated E. coli levels. Clinical signs, such as diarrhea in both cats and dogs, were also significantly worse in the high E. coli group compared to the healthy reference animals. Lastly, recent antibiotic exposure was also significantly correlated with elevated E. coli levels. These findings suggest that resolving an imbalanced gut microbiome, regardless of the causes of the imbalance, may be an effective solution to combal the self-perpetuating issue of high E. coli levels.

A mounting body of evidence from the last decade suggests that not only is the global effectiveness of antibiotics decreasing, but also that antibiotics may sometimes do more harm than good. Antibiotics historically used by veterinarians to treat E. coli  infections can wipe out beneficial anaerobes, spread antibiotic resistance, and even cause an increase in E. coli levels due to a decreased gut microbial diversity and/or an inflamed gut environment. Luckily, there are alternative treatments available that have proven effective to combat gut microbial imbalances and high E. coli levels.

A Fecal Microbiota Transplant (FMT) uses fecal material from a healthy donor animal and places it to the intestinal tract of a recipient. FMTs are specifically used for reintroducing a diverse and healthy bacterial community that may have been affected by a recent antibiotic treatment or an episode of acute diarrhea. The colonization of healthy microbes by FMT creates direct competition against dysbiotic bacteria for niche and nutrients. Furthermore, the re-introduction of primary and secondary bile acids, short chain fatty acids, and other donor host factors (eg. secretory IgA) help modify the recipient's epithelial barrier and immune system function.  FMT can be an ideal choice for treating patients with high E. coli levels because it breaks the self-perpetuated inflamed environment by introducing a balanced bacterial community. FMTs can be administered several ways, with oral capsules being the least invasive and most affordable option. AnimalBiome offers a Gut Restore System for cats and dogs, which is an effective and safe way to introduce an entire balanced community of beneficial bacteria.

Bacteriophage therapy, also called phage therapy, involves using naturally occurring phages that selectively target certain bacteria. The use of phage therapy has been around for over a hundred years, but the global increase in antibiotic resistance and fear of superbugs has brought a lot more attention back to phage science. Phage therapy is being studied to treat numerous conditions, including ones relevant to this article. A recent study found reports on using a bacteriophage supplement that targets E. coli without changing the diversity of the gut microbial community. The study reports that some bacteria were impacted by therapy, such as a 4-fold reduction of Clostridium perfringens. Phage therapy is an attractive alternative to antibiotics as it breaks the self-perpetuating cycle of elevated E. coli levels by specifically targeting it.

Gut Maintenance Plus by AnimalBiome

AnimalBiome has created a new product designed for cats and dogs that contains a special blend of prebiotic and probiotic ingredients to support a healthy gut microbiome. The capsules contain a bacteriophage therapy, manufactured by Deerland for AnimalBiome, that is selective for E. coli associated with foodborne illness. The Gut Maintenance Plus capsules also contain the yeast probiotic Saccharomyces boulardii, which has been shown to achieve better control of clinical signs than standard therapy alone in dogs with Chronic Enteropathy. Lastly, prebiotic Mannan Oligosaccharides (Bio-MOS) are included to inhibit pathogen colonization and a sub-therapeutic dose of inulin (a soluble fiber that promotes the growth of native bacteria) is added in lieu of other fillers. This new product works by decreasing the amount inflammation-causing E. coli with phages, providing an environment for depletions in core taxa to resolve with prebiotics, and introducing beneficial microorganisms like S. bouldardii. Especially when used in combination with Gut Restore Supplements for cats and  dogs, or other approaches to transplant beneficial anaerobic microbes from healthy cats and dogs, Gut Maintenance Plus helps support a healthy gut microbiome.

The golden antibiotic age is disappearing in the rearview mirror as the global effectiveness of antibiotics decreases and a mounting body of evidence shows the adverse consequences of antibiotics. While antibiotics are necessary at times, long-term use to purge unwanted gut bacteria, including E. coli, could easily be sending us in the wrong direction. A new map is being drawn, and tuning of common prescribing practices will help keep progress on an optimal route. Elevated E. coli levels can contribute to many different common clinical signs indicative of an inflamed gut environment. Antibiotics may not be the best approach to resolve high E. coli levels in patients for several reasons, but luckily there are alternative treatments available. AnimalBiome’s new product, Gut Maintenance Plus targets the self-perpetuating cycle of an inflamed gut by using phages that specifically target E. coli, promoting a healthy gut environment, and supporting beneficial gut microbiota. These capsules can work together with the Gut Restore System for cats and dogs, which introduces a healthy community of bacteria from healthy donors.