Here Are the Latest Advancements in Microbiome Health 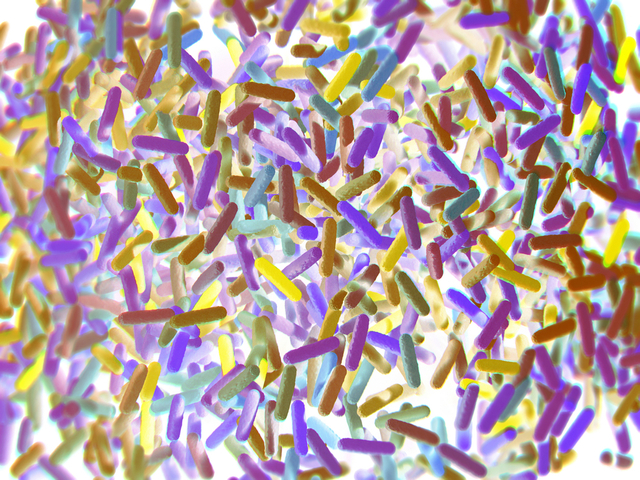 New discoveries continue to expand our understanding of the gut microbiome—that diverse community of bacteria and other tiny organisms that live in the digestive tract. Every year we learn more about how the microbiome affects the health of humans, animals, and the environment. For World Microbiome Day, we highlight some of the latest happenings in the exciting field of microbiome studies, where the complex ecosystem of the gut is proving to be a source of promising new treatments for humans and pets alike.

Researchers learn more every year about the gut microbiome’s extensive influence on digestion and nutrition in both humans and animals. The trillions of bacteria in the digestive tract not only help break down the components of the host’s diet (such as protein and carbohydrates); they also produce a variety of substances that actively participate in the body’s many life-sustaining chemical processes (metabolism).

A few of these interactive substances, called metabolites, are vitamins A, K2, and B12; taurine; and short-chain fatty acids. These metabolites play a variety of important roles in the body. Taurine, for example, is an amino acid that facilitates the absorption of fat from the gastrointestinal (GI) tract and is important for healthy liver function. Other metabolites produced by the microbiome reduce inflammation in the digestive tract, regulate the ability of the intestines to move material along (motility), prevent the gut barrier from becoming “leaky,” and support the generation of T-cells (lymphocytes that participate in the immune system).

The Microbiome as a “Drug Factory”

In fact, the microbiome produces so many different substances that have physiological effects on the body that it has recently been described as a “drug factory.” Research on these microbiome-generated substances has already led to possible commercial therapies.

The theme of World Microbiome Day 2019 is the effect of antibiotics on the microbiome. Along with the “bad” bacteria responsible for the infection being treated, antibiotics also kill off a lot of beneficial bacteria in both humans and animals, causing imbalances in the microbiome that can lead to digestive troubles such as chronic diarrhea, constipation, and vomiting.

By finding effective alternatives to antibiotics, we can become less dependent on those powerful drugs, thereby reducing damage to the microbiome and also lessening the risk that some bacteria will develop a resistance to antibiotics. Researchers say the answer lies in more narrowly targeted therapies, such as bacteriophages (tiny viruses that attack specific bacteria) and fecal microbiota transplant (FMT).

In other words, the answer lies in the gut microbiome.

In humans, for example, the microbiome may be able to help doctors detect liver disease earlier, but it is also being studied as a source for new therapies to treat this disease.

One research center in Ireland that has been “mining the microbiome” for new treatments has already developed an array of narrow-spectrum, microbiome-based “weapons for combating infectious bacteria.” These strategies include probiotics, bacteriophages, and bacteriocins (toxins produced by bacteria) and have already been tested in animals “with some spectacular successes.”

Researchers continue to look at how the gut microbiome develops. We know that human babies born by cesarean section miss out on many beneficial bacteria they would have been exposed to in the normal birth process. And recent studies have led to a greater appreciation of the importance of breast milk in establishing the baby’s microbiome. Investigation also continues into the factors that influence the health of the gut microbiome along the way, from fiber and fermented foods to exercise and sports.

Because of its involvement with the immune system, the gut microbiome may play a role in the development of cardiovascular disease. Chronic inflammation is a major factor in heart disease, and obesity is associated with significant changes in the microbiome that interfere with its ability to regulate inflammation.

Inflammation also seems to be a connection between the microbiome and Alzheimer’s. Recent research on this disease has built on the two-way communication that we now know occurs between the microbiome and the brain. Studies suggest that the damage to the brain seen in Alzheimer’s starts with bacterial imbalances in the gut that lead to inflammation.

For many of these conditions, researchers are actively exploring whether it’s possible to reduce symptoms or delay their onset by treating the microbiome.

In humans, Crohn’s disease (a form of IBD) is often associated with a reduction in the number of different bacterial species found in the gut. This problem is often referred to as low gut bacterial diversity. According to a recent review of microbiome-based treatments for IBD, the most promising solution for this reduced bacterial species “richness” is fecal microbiota transplantation, or FMT.

A fecal microbiota transplant involves the transfer of carefully screened fecal material (including beneficial bacteria and fungi) from a healthy donor to the GI tract of a recipient.

FMT has also shown promise as a treatment for autism. Multiple studies have found differences between the gut bacteria of children with autism and those of other children, so researchers turned to the microbiome in their search for new treatments. Though it’s not a cure, FMT is being used successfully to reduce the symptoms of autism.

In animal medicine, a recent study found that FMT helps puppies with parvovirus recover faster. (Read more about AnimalBiome’s approach to rebalancing the gut microbiome of dogs and cats with FMT capsules.)

Antibiotics aren’t the only common medical treatments that may cause harm to the microbiome. Many other medications used in both humans and animals—including antiseptics, antifungals, antiparasitics, and antivirals—can be toxic to some beneficial members of the microbiome.

In one study, more than a thousand commonly marketed drugs were tested, and 33% were found to inhibit the growth of at least one kind of human gut bacteria.

Conversely, the microbiome can also affect the outcome of medical treatments. Studies have found that some chemotherapy regimens, for example, are more or less effective depending on the composition of the patient’s gut microbiome at the start of treatment. And one recent study found that the use of probiotics can reduce the effectiveness of some forms of chemotherapy.

We are already able to alter the microbiome with diet and antibiotics. Now, using microbiome testing to see which microbes are present and how they respond to different factors, the field is moving toward a more customized approach to treating the microbiome.

Our ability to monitor gut health (in both humans and animals) keeps improving. Better diagnostics are evolving to detect chronic inflammation. Individualized diets can be designed to promote healthy bacterial communities. New probiotics can be tailored to specific individuals and conditions. And both humans and their pets can benefit from interventions like FMT to restore the microbiome’s healthy diversity and balance.

With microbiome science innovation, the future promises new solutions as we continue to learn more ways to help the gut microbiome help the whole body toward better health.