Thank you! Your submission has been received!
You will receive a Confirmation Email from our Team.

Oops! Something went wrong while submitting the form

5 Reasons Why Your Dog Likes to Eat Poop 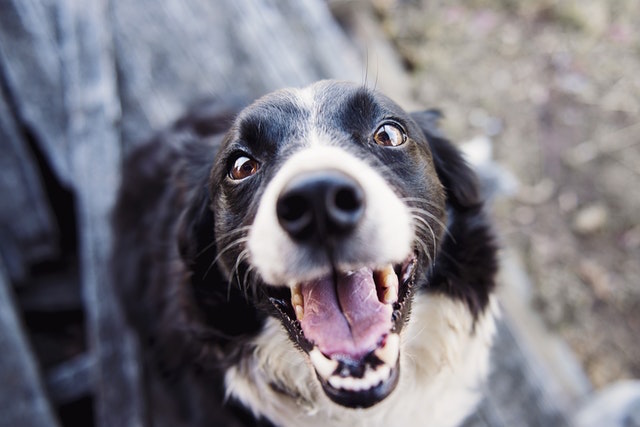 Forty-nine percent of all pet dogs will eat poop at some point in their lives. Poop-eating, also known as coprophagy, is usually not well-accepted with the dog’s human family. Theories abound as to why dogs engage in coprophagy, and curiously, it is rarely observed in feral dogs living apart from humans. Dozens of commercial products exist on the market to stop this behavior in our furry friends, but unfortunately few have been shown to be successful.

We have yet to come to fully understand why coprophagy crops up in domesticated canines. In all likelihood, it’s caused by a number of biological and environmental factors interacting with each other, ultimately manifesting in a four-legged friend who favors eating feces.

At AnimalBiome we don't shy away from poop; in fact, we analyze cat and dog poop every day to assess your beloved pet’s gut health and help treat chronic digestive disorders.

Here are five possible reasons why we think your pup eats poop:

1. Deficiencies in the gut microbiome

Bacteria make up a whopping 30% of solid feces; when considering possible reasons for coprophagy, that bacteria inevitably comes into play. The canine gut microbiome contains hundreds of different bacterial species that play important roles in digestion for your pup. If they are missing too much of the good bacteria, the microbiome imbalance, or dysbiosis, may wreak havoc on the dog’s overall health.

Indeed, it is estimated that about 10% of pet dogs in the US suffer from some form of digestive issues; a significant factor in the vast majority of these cases is a poorly balanced gut microbiome.

Instinctively driven to seek out proper nutrients and/or doggy microbes, a dog may develop a taste for waste in hopes that it will attain them. While we’re no advocates of coprophagy, in some ways, the behavior mirrors the fecal microbiota transplant (FMT), which has been shown to be incredibly successful at treating a wide range of health conditions by re-introducing healthy bacteria.

While medical conditions are not thought to underlie most cases of coprophagy, poop-eating is noted to be an occasional symptom of diseases like Exocrine Pancreatic Insufficiency (EPI). When a dog’s pancreas is unable to produce the proper enzymes, the food that the dog ingests cannot be properly broken down and absorbed by the body. Thus, the dog may develop an insatiable appetite for pre-digested material, which she might find to be ever-so-conveniently deposited by fellow pups at the park.

In addition to EPI, dogs that are not being fed a proper diet may develop one or more nutrient deficiencies, whose symptoms can present across multiple organ systems. Dogs that are lacking sufficient supply of various nutrients, particularly thiamine, have been observed to be more likely to be coprophagic.

3. Genetic predispositions in some dogs

Like many behaviors and conditions, coprophagy is much more likely to occur in some dog breeds rather than in others. Do you have a labrador or golden retriever? If so, you may (or may not!) be surprised to learn that your pup is nearly twice as likely to eat poop compared to any other breed of dog. More generally, dogs weighing between 51-100 pounds are nearly 50% more likely to engage in this behavior than small-, medium-, and giant-sized dog breeds.

While we don’t have a precise explanation for why certain dog breeds seem more likely to eat poop, a gene coding for what the researchers call “food obsession” was discovered just months ago in Labrador Retrievers. As pet parents of these dogs will often acknowledge, the “food obsession” trait does often lead the dog to eventually consume other things, including poop.

Coprophagy is significantly more common in dogs with anxiety than in dogs without it. Canine anxiety can manifest in behaviors such as tail-chasing, excessive barking, and compulsive behaviors like licking or biting. It is thought that poop-eating, like some of these other behaviors, may serve as a temporary distraction from anxiety-related discomfort. Additionally, it has been shown that anxious dogs will engage in coprophagy regardless of whether food is present, so this theory does not rest on the idea that the dog may be hungry or “stress-eating.”

Long ago, when the wild ancestors of today’s domesticated dogs were roughing it outdoors in dens, coprophagy may have served a real purpose: to prevent the spread of pathogens in their living area. Fresh poop, while it may be smellier and more disgusting than dried poop, is less likely to contain viable disease-causing pathogens. This is because the eggs of parasites like roundworms, giardia, and coccidia can take days or even weeks to ripen and become a real threat. Thus, our dogs’ ancestors may have “picked up” their dens by consuming fresh feces. This kept older, potentially more harmful stool from infecting their living area with parasites and spreading diseases to the pack. A recent study found that today’s poop-eating dogs very rarely consume poop that is more than two days old.

Researchers have a long ways to go when it comes to understanding coprophagy, but we do have at least the beginnings of an explanation for why dogs seem to thrive on this distasteful activity. What do you think?

A healthy pet starts with a healthy gut. If your dog suffers from digestive or skin issues, then they could be missing key bacteria for a healthy gut, immune system, and weight.  AnimalBiome offers a Gut Health Test for dogs. If your dog has an imbalanced microbiome, we offer a Gut Restoration Supplement that helps to restore the bacterial balance in your dog's gut microbiome.

New Hope for a Dog With Inflammatory Bowel Disease

by
Ellen Barber
back to all posts